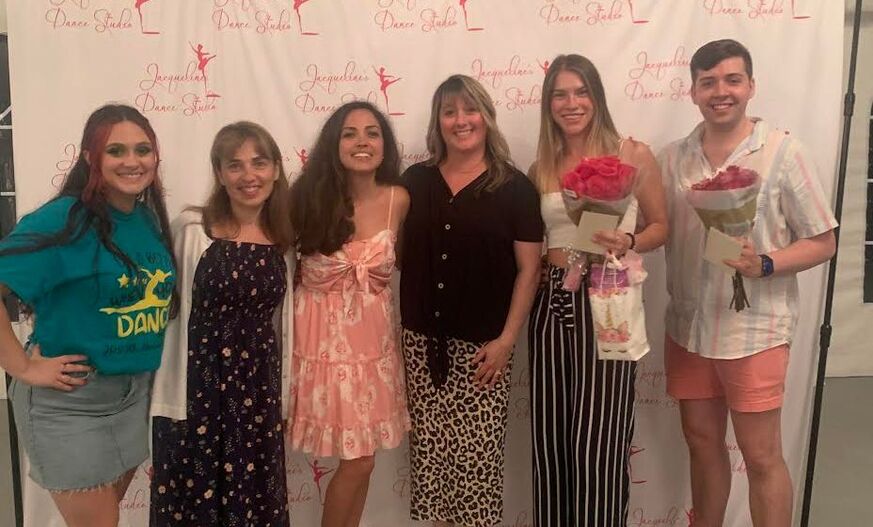 ​Jacqueline has over 35 years of dance experience!! Starting at the age of 3, Jacqueline danced at Paula Coffey Dance Center for 14 years, learning Tap, Jazz, Ballet, Hip Hop and Lyrical. At Paula Coffey, she was a student teacher and competed competitively in Tap, Jazz and Lyrical, winning 1st place and best overall. Jacqueline graduated with her BA from Bridgewater State University, where she studied dance and communications/public relations, was part of their dance team and specialized in ballroom dancing. After graduation, Jacqueline ran Big Brothers Big Sisters of New Bedford while teaching tap and jazz at Cindy's School of Dance. In 2006, she joined the staff of The Dance Studio of Norwell. She began teaching full-time and became the Studio's Assistant Director, Company Director (competition) and main dance teacher (teaching Jazz, Ballet, Tap and Lyrical). Throughout her entire dance career, Jacqueline has continued to expand her knowledge in dance by attending classes, dance conventions (Dance Olympus), and dance retreats/conferences (Rhee Gold's Dance Life Retreat/Conferences). Jacqueline has also been taught by the great Savion Glover and Gregg Russell. Dance is Jacqueline's passion and she loves to share her passion with children and adults of all ages. Opening her own dance studio has always been her dream.

​
Miss Muriel (preschool director and office manager) loves the joy of dancing!! In middle and high school she danced ballet, tap, modern, jazz and pointe at the New School of Dance Arts in NJ. In college, she danced for Boston College's Dance Team for 2 years. Miss Muriel has 4 children, 2 of which are on JDS competition team and who share her love of dance. She is one of nicest people in the world!! We are so lucky to have her at JDS!!
​
Michelle has danced for many years and has a previous performance background with Jacqueline. As a child, Michelle danced many hours and attended many competitions with TDS and then Paula Coffey Dance Center. Her passion for dance continued throughout her childhood and into her professional career. She graduated from Dean College with a BA degree in dance and was a member of the Dean College Dance Company. Michelle was trained there in Ballet, Jazz, Lyrical, Modern, Hip Hop, and Tap. Michelle also has a BA from Bridgewater State University in communications where she was part of the dance team and dance program. Since college, Michelle has been hired to teach dance classes as well as judge prospective dance competition candidates. Michelle has been teaching for JDS since we opened.

​Hayley grew up in Boston where she started dancing at the age of 2. Her dance training mainly focused on Acrobatics, Contemporary, Hiphop, Jazz and Ballet. While dancing competitively, Hayley won 1st place trophies as well as regional and national titles. A recent graduate of Dean college, Cum Laude, where she received her BA in Dance and was part of the National Society of Leadership and Success. Besides dance, Hayley was a contestant for Miss Massachusetts USA and was in the 2018 film “Chappaquiddick.” She will continue with her love of dance by teaching and choreographing for numerous studios across Massachusetts. Hayley has also recently become a member of the Boston Cannons Dance team!!

Robby grew up in Worcester, MA where he started dancing competitively at the age of six. His dance training mainly focused on Ballet, Contemporary, Jazz, Musical Theatre, Tap, and Acrobatics. While dancing competitively, Robby won numerous first place awards as well as regional and national titles. Robby graduated from Dean College and received a Bachelor's of Art in Dance. Along with being an accomplished dancer, Robby is also recognized as an accomplished dance teacher and choreographer. Robby's choreography has been showcased all over New England including Boston Contemporary Art Festival and the World Dance Championships in New York City. Robby was recently awarded "Excellence in Choreography" at the World Dance Championships FINAL FIVE for his routine "Bird Box." Robby's students have gone on to perform with Major League sports dance teams as well as receive winning top place awards and many scholarships. Robby hopes to motivate and inspire all his students through his love and knowledge of dance.